You are here: Home / Dairy and Health / Why Whole Milk? 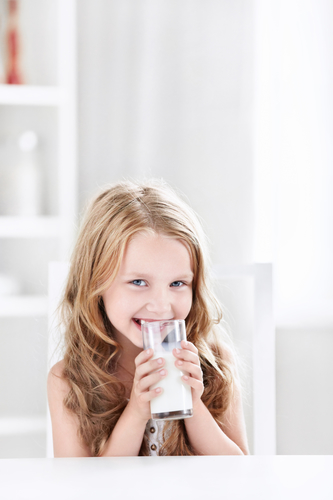 Many of our friends and customers are switching to whole milk. It’s a trend we have been watching with interest because it follows new research on the benefits of whole milk.

For years, we have been told to drink low fat milks and reduce fact consumption. Research is changing that viewpoint and it’s becoming evident that, for some, the beneficial omega-3 fatty acids are important.

Did you know that whole milk contains only about 3.5 percent fat? That’s only 1.5% more than reduced fat (2%) milk. The reason it’s called “whole milk” is because the fat content in whole milk is similar to the fat found in raw milk.

Numerous studies published in the British Medical Journal indicate that the fat in milk may actually boost your metabolism, helping your body to use fat more efficiently so that less fat is stored.  The higher level of fat may also help satisfy hunger feelings so you are less likely to consume unhealthy snacks.

A study published in the Archives of Disease in Children reported that children who drink higher fat milk could have a lower Body Mass Index (BMI). The trend was found true regardless of ethnic and socioeconomic groups.

An article in NPR.org reported on two studies done in Europe that showed evidence that higher consumption of dairy fat (found in whole milk, butter and cream) does not contribute to obesity.

In a twelve year study on a group of middle-aged men in Sweden, found that those who consumed more dairy fat (including butter, whole milk and cream) were less disposed to body fat in the trunk of their bodies.

The reasons for these results have not been determined, but the theory is that the feeling of fullness, that comes with dairy fats, may be linked to reduced consumption of sugary junk foods, thus leading to reduced body fat.

Researchers are also looking at differences in saturated fatty acids and the role that their different have on the body. And it is thought that other parts of foods (vitamins, minerals and phytochemicals) may reduce certain risks.

In a study of more than 2,700 children, from 1 to 6 years old, it was found that whole milk consumption among healthy young children was associated with higher vitamin D levels and lower BMI. The study, published in the American Journal of Clinical Nutrition, in October 2016, also found that children who drank one cup of whole milk a day had vitamin D levels that were comparable to children who drank three cups of 1% milk. Lead researcher Dr. Jonathon Maguire, St. Michaels Hospital, Toronto said that it is possible that children who drink whole milk may feel fuller than those who drink the same amount of low-fat or skim milk so may not end up eating as many high-calorie foods. http://ajcn.nutrition.org/content/104/6/1657.abstract?sid=06db6d8f-0629-43e2-8c76-662d4ab440bb

The Academy of Pediatrics states that breastfeeding and human milk are best for infants until about 6 months old, followed by continued breastfeeding and the addition of solid foods. www.ncbi.nlm.nih.gov/pubmed/22371471

According to Deborah Goldman, M.D., whole milk supports neuron formation and other major brain growth and development.  “Compromising on good fats in a toddler’s diet can have long-term impacts on their development.”

Always follow your doctor’s recommendations and include a balanced diet and plenty of play time and exercise. And take a new look at the value of whole milk in your family’s diet.

Customers on the Mooove!

Longmont Dairy Mentioned by BJ and Jamie at Alice 105.9