Cheese – “Gift of the Gods” 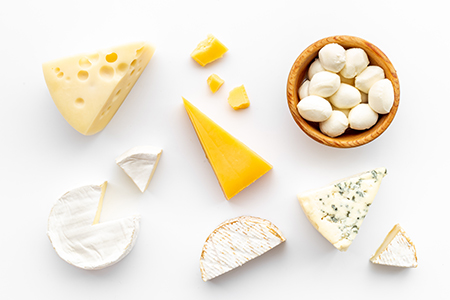 Not only is cheese creamy and rich, and irresistible with fruit and wine, it’s good for you! You might feel a little guilty when admitting your fondness for cheese, but new studies indicate that you can feel a little less so.

Cheese has been with us for over 7,000 years. It became a way to keep the food value of milk from spoiling and allowed storing this nutritious food for months to years, without refrigeration, after milking the animal.

Over years of trial and error, we developed delicious different textures, complex flavors, and soft to hard versions. Cheese producers heat milk and add coagulants such as rennet, vinegar, or healthy bacteria cultures, which create much of the flavor. After the curd forms (the solid part), it is cut in small to large pieces to better allow the whey (liquid) to drain. Then the curd is pressed and usually salted (as a preservative) and poured onto molds. When removed from molds, the cheese is aged depending on the type of cheese being produced. This can take from several weeks to several years, and, like wine, the aging becomes a major component of the cost.

For many years U.S. Dietary Guidelines have stated that we should eat low-fat dairy, however a Consumer Reports article states that cheese has been misunderstood and deserves another look.

Cheese is high in calories and rich in saturated fat, however, “Cheese is more than fat content,” says Emma Freeney, PhD, an assistant professor at the Institute of Food and Health in Dublin[i]. Today, experts in nutrition are putting more emphasis on the full extent of the food, not just individual components like protein or fat. When cheese is made from milk, it chemically changes the nutrients. This means it can have different effects than eating the same nutrients in another form like milk, yogurt, or butter.

Feeney found that “…the saturated fat in cheese did not raise LDL cholesterol levels to the same degree that butter did.” But there are other beneficial results too. “Vitamin K can form during the fermentation process,” says Sarah Booth, PhD, director of the Vitamin K Laboratory at the Jean Mayer USDA Human Nutrition Research Center on Aging at Tufts University in Boston. Vitamin K is important for blood clotting, and bone and vessel health. Booth says, “Higher fat cheeses, such as cheddar or blue, have the most.”[ii]

Cheese has good bacteria that help human gut microbiota. Aged cheeses, including cheddar and Gouda, are rich in these bacteria that help break down foods in the gut and bolster immunity. Weight Gain: Due to the high calorie content, small quantities of cheese should be savored and enjoyed. In a study on weight gain, published in the New England Journal of Medicine, that involved over 120,000 men and women in the U.S. followed for over 20 years, researchers found that consuming more cheese did not increase or reduce weight.[iii] Young says, “Incorporating cheese into a Mediterranean diet where you also include fruits, veggies, whole grains, and other foods known to lower disease risk is going to be the most beneficial to your overall health.”

Cheese is high in salt, so those with high blood pressure may also choose to eat cheese in smaller quantities. But like fine wine, careful selection of your favorite cheese and pausing to enjoy it may just provide a smile. 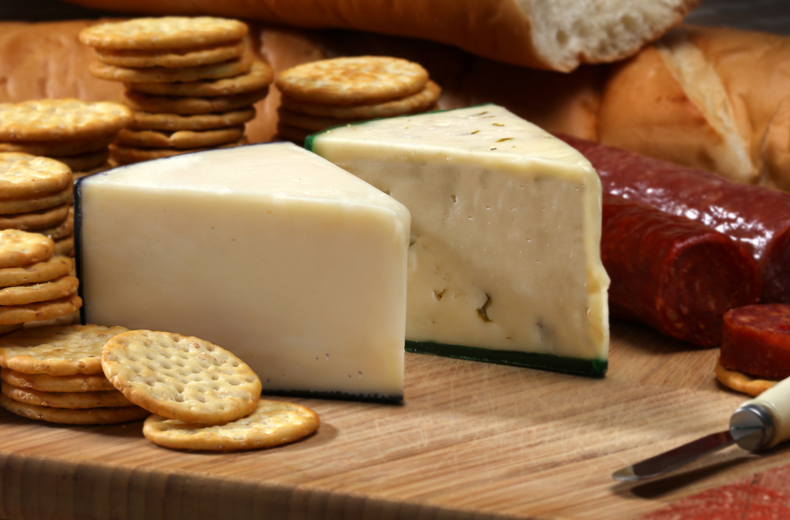 View nutritional information and pricing at our product detail page.